The day after Trump was sworn in as president, Women’s March protests drew an estimated 3.2M people – ten times as many as the Tea Party protests that followed Obama’s inauguration in 2009. I attended the march at the Minnesota Capitol, which drew about 100k people, and came away conflicted.

In contrast, the crowd’s signs struck a reactionary tone: jabs at Trump’s hands and hair, images of Trump with a Hitler-style mustache, and “my pussy grabs back.” For every poster about unity or progress, there was another fixated on opposition. I was particularly struck by “Not My President” – the same slogan used by the Tea Party against Obama.

The rift between speakers and signholders was reminiscent of the 2016 Democratic primaries. The speakers showed an optimistic view of democracy: two steps forward, one step back. Their speeches were built on the premise that people are Stronger Together. The signholders were comparably new to the political scene; they were mostly young, mostly white, and mostly angry. And they seemed cynically eager to tear down the system in a Political Revolution. 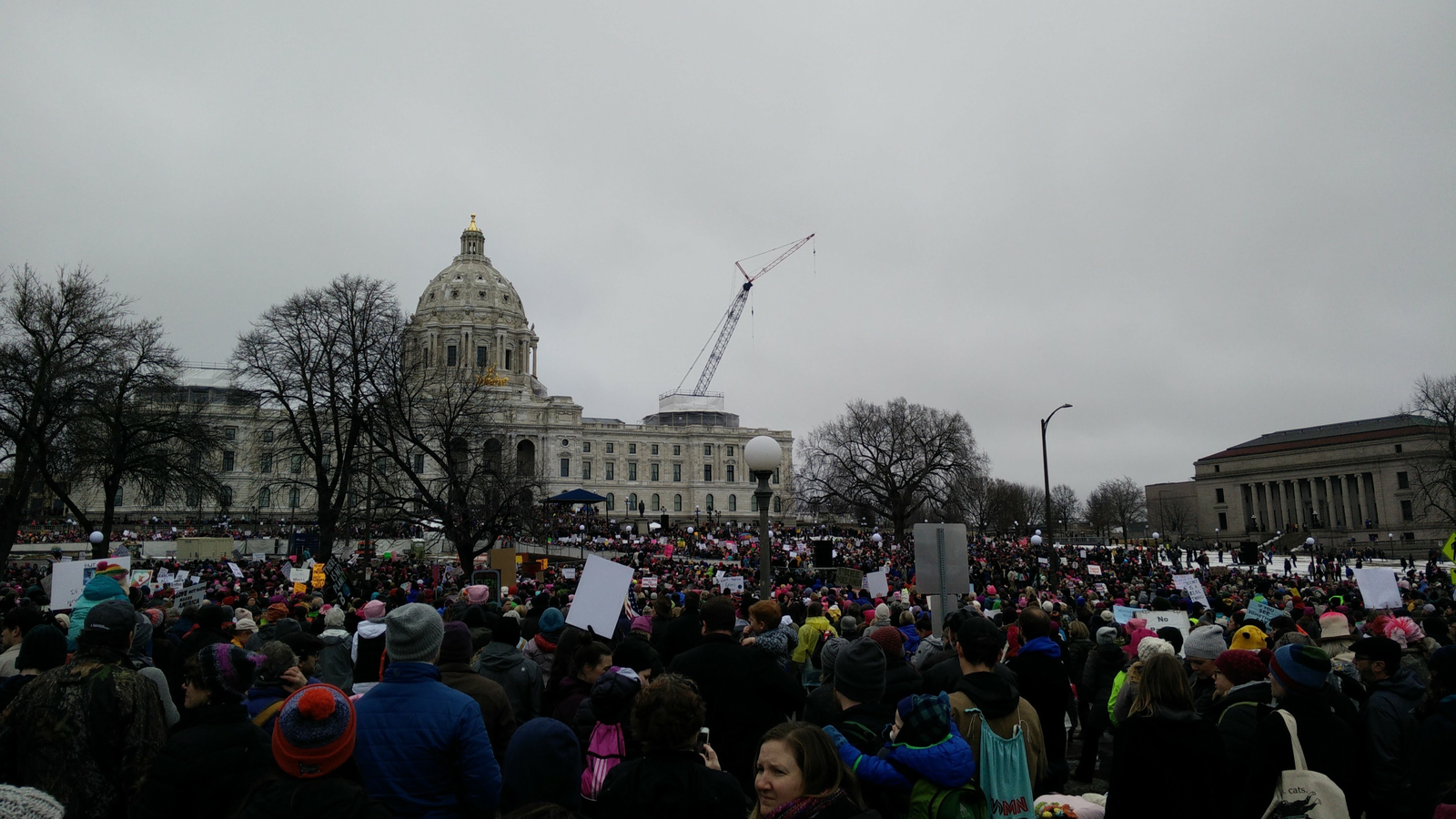 My instinct was to recoil from any semblance of a left-wing Tea Party. I’m concerned at the prospect of establishment Democrats facing primary challenges from blowhard “outsiders.” Rumblings are already visible on social media; Sen Elizabeth Warren (among the most stalwart progressives in the Senate) is choosing her battles – but to many of her commenters, anything short of obstruction is a betrayal. That sort of ideological purity test is what hollowed out the leadership of the Republican Party, making room for Trump in the first place.

A Sanders- or Tea-Party-style insurgency would also lay bare the Democratic Party’s racial fault line. Nationally, about half of Democratic voters are people of color, but in the 2016 presidential primaries Sanders won 45% of the vote despite losing Black voters three-to-one. In a contest with more than two candidates1, or in less-diverse parts of the country, it’s easy to imagine voters of color being steamrolled in the primaries then taken for granted in the general election.

Rather than allowing a single faction to hijack the agenda, it seems to me that the Democratic party should be making its tent as big as possible. It should rally as many voting blocs as it can behind broad, shared policy goals (healthcare access, racial justice, LGBT rights, livable wages, etc), even if there are disagreements at the margins. Some Democrats buck the party line on gun control, pharmaceutical regulation, trade agreements, and even abortion2 – and that’s fine. The strength of a coalition comes from its size, not its homogeneity. The rest is bookkeeping3.

Almost by definition, if the Democratic Party wants to represent a majority coalition, its message needs to resonate with centrist voters. Millions of Americans voted for Obama in 2008 and 2012, then Trump in 2016, due in part to economic anxiety. Such voters could perhaps be won back with economic policies that benefit rural communities as well as urban ones (especially if Trump’s infrastructure plan is as toothless as it seems) – they certainly won’t be swayed by scorn or shaming. 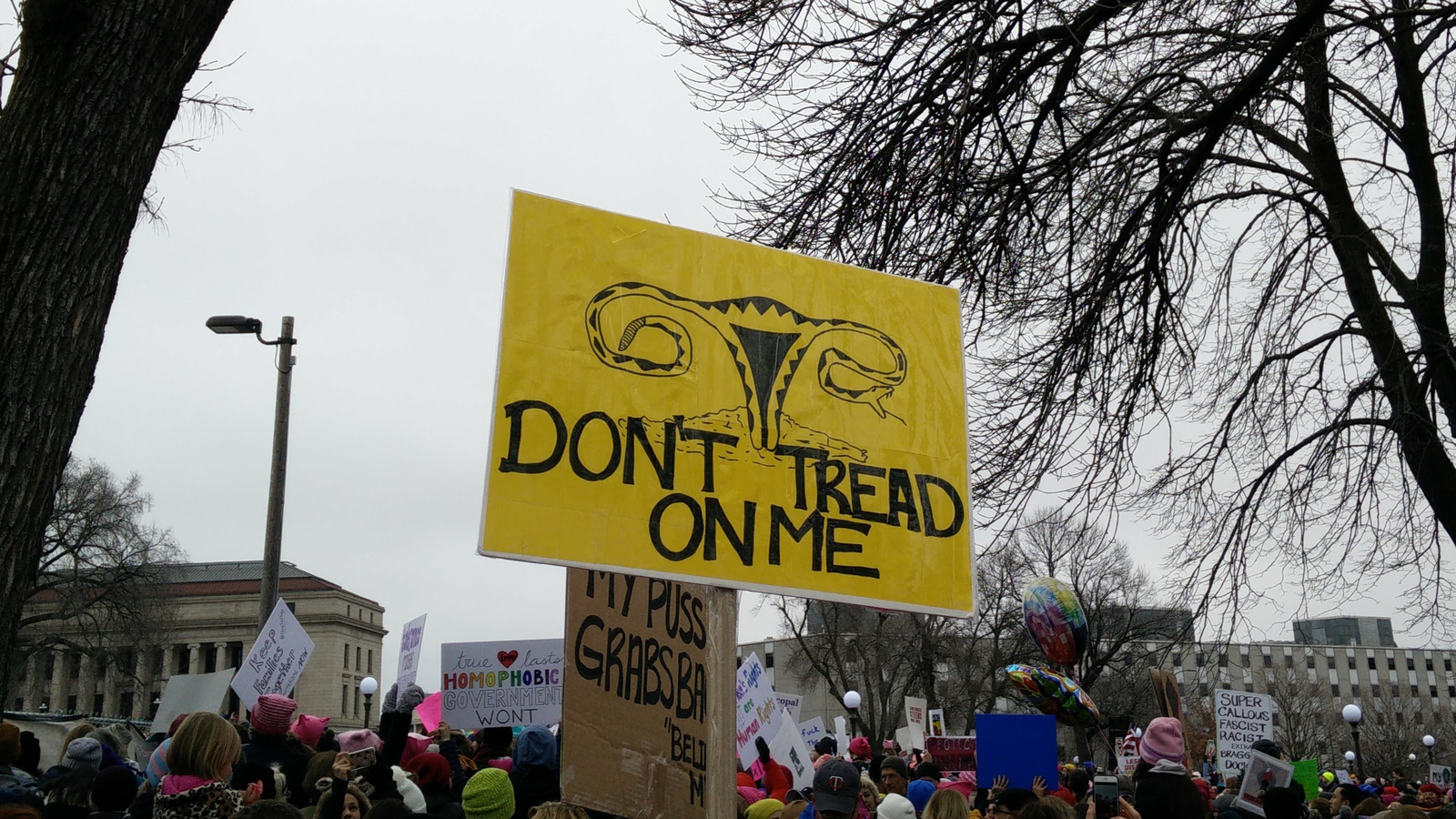 It’s also possible that my instincts are completely backwards. In the era of social media, maybe cynicism beats optimism. Maybe the left is losing because it’s bringing 20th-century strategies to 21st-century contests.

After all, look at the past eight years. Obama was charismatic. He presided over a strong economy. He ended the unpopular Iraq war, caught Osama Bin Laden, and was not involved in any major scandals. And yet Republicans were able to leverage anti-Obama rhetoric to make massive electoral gains – they control both houses of Congress, trifectas in 25 states (compared to 4 for the Democrats), the presidency, and a bonus SCOTUS seat to boot.

The optimistic left and the cynical left are both out in force. I know which camp I’m in – but I don’t know if my camp can win.