At the Massacre of Cajamarca, Francisco Pizarro and a few hundred Spaniards killed thousands of Incas and captured Emperor Atahualpa without suffering a single casualty. Then they marched on the capital city of Cusco, killing thousands more warriors along the way. The Incan empire — which at the time was more populous than Spain — fell shortly thereafter.

The Spanish invasion was so successful, in part, because the conquistadors wore steel armor and rode horses. They also carried (and were resistant to) deadly diseases such as smallpox. Written language allowed Pizarro to model his tactics after the victories of Cortés. And of course, Europe had the political structures to send expeditions around the world in the first place. In his 1997 bestseller Guns, Germs, and Steel, Jared Diamond digs into human history (and pre-history) to explain why all these advantages developed in Eurasia1 while humans on other continents developed fewer or none of them.

Right off the bat, the author addresses the elephant in the room: it’s not about race. Diamond emphatically rejects the idea that some races are innately superior to others. Instead, he writes from the perspective of a biologist studying the human species overall, with a particular focus on the neolithic era.

Wheat and peas were domesticated in the Fertile Crescent about 10,000 years ago. Corn and beans were domesticated in the Americas about 6,000 years ago. Pizarro’s advantage over Atahualpa comes as no surprise when we realize that technology in Eurasia had a 4,000 year head start. The “real” question of the book then becomes: why did the rise and spread of food production differ between continents? 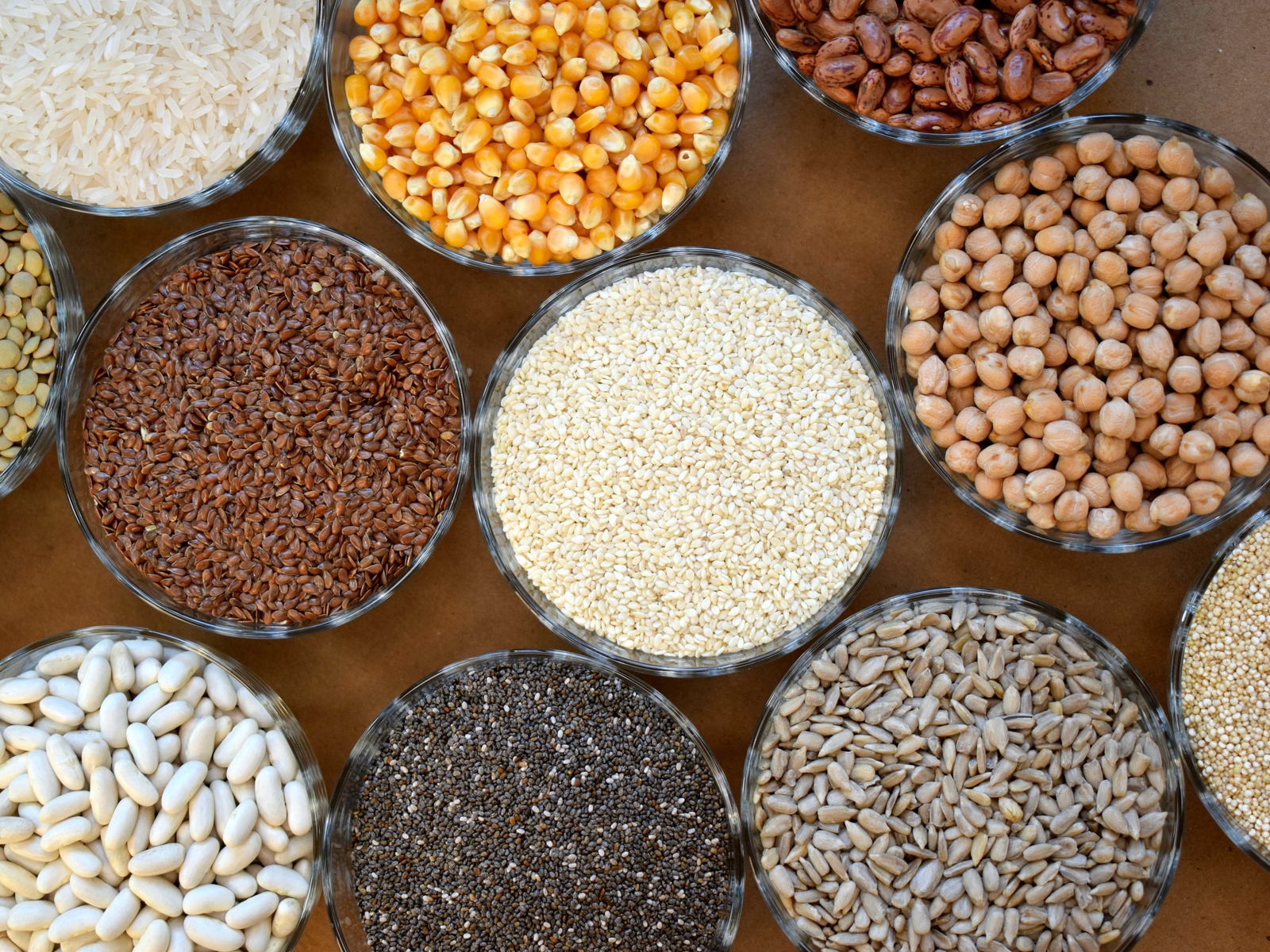 Diamond argues that geography is a big factor. Eurasia is the largest continent by far. It also has large and diverse temperate regions, ideal for evolving a variety of wild grasses and legumes. Wheat, native to the Fertile Crescent, is high in protein and easy to domesticate2. Corn is low in protein and required such extensive domestication that it barely resembles its wild ancestor. Diamond further argues that hunter-gatherers were deeply familiar with nearby native plants; it’s very unlikely that neolithic humans in the Americas overlooked a better grain than corn.

Neolithic humans in Eurasia also had access to the best native animals for livestock. The vast majority of large plant-eating mammals are mean (zebra), panicky (antelope), territorial (deer), slow to mature (elephant), or reluctant to breed in captivity (vicuña3). Only about a dozen species are well-suited to domestication, and almost all of them (camel, cow, donkey, goat, horse, pig, sheep, and water buffalo) are native to Eurasia4. Llamas and alpacas, native to the Americas, aren’t strong enough to carry a rider or pull a plow. Humans worldwide kept domesticated dogs, but only protein-starved societies ever resorted to eating them.

Eurasia’s traversability is important too. A crop native to the Fertile Crescent can grow pretty much anywhere from Spain to India. In contrast, llamas never left South America in pre-colonial times; they were blocked by the Panama isthmus, a narrow strip of dense rainforest. California has an ideal climate, but food production was not practiced there due to limited native species and the surrounding desert and mountains. The three sisters were domesticated around 4,000BC but didn’t cross the Mexican desert until 900AD. Not only were the native species in the Americas less favorable for domestication, but those species were also separated from each other by natural barriers, inhibiting the spread of food production and other technologies5. 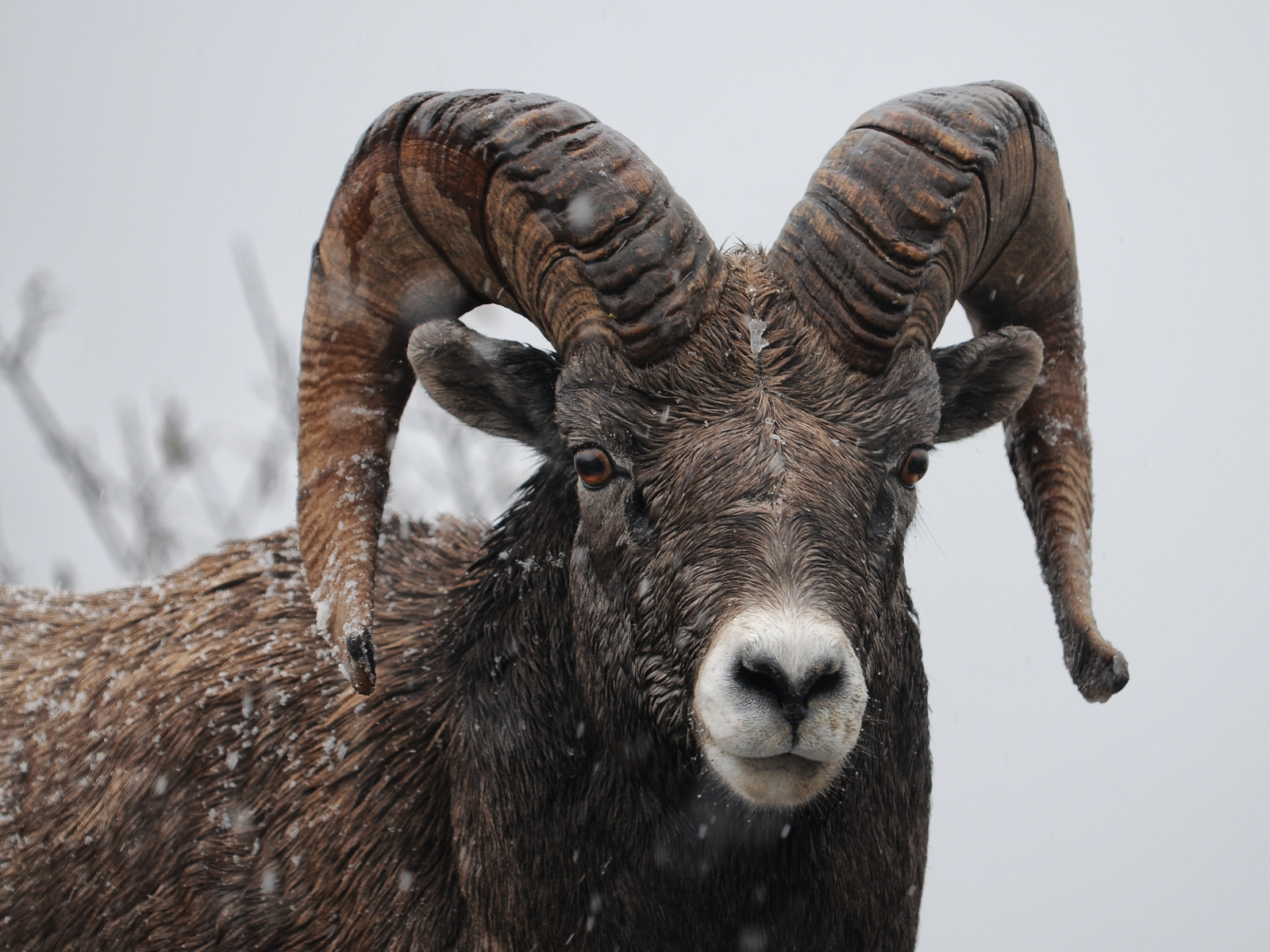 North American bighorn sheep have social behaviors that make them ill-suited for domestication. They are closely related to Eurasian sheep, which were among the first animals to be domesticated.

Diamond’s argument is mostly built on evidence from the Americas and the western half of Eurasia. In his last few chapters, he applies the same reasoning to neolithic population movements in Africa, Southeast Asia, and Oceania. He presents archeological evidence to identify the earliest sites of food production, then compares that with population movements using linguistic6 and genetic evidence. The same patterns appear over and over: 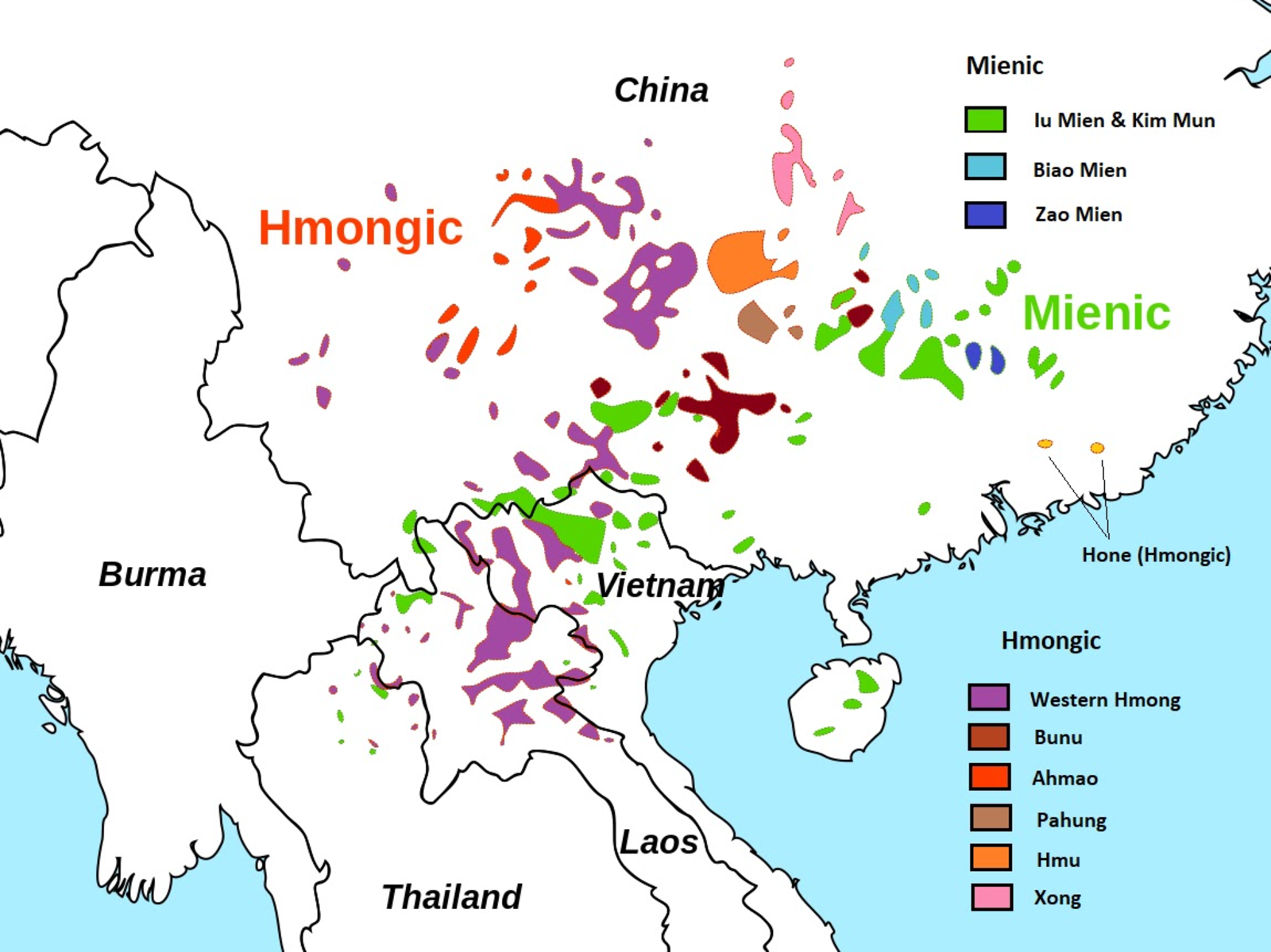 Modern speakers of Hmong-Mien languages are geographically fragmented. This suggests that the language family was once widespread in the region, but that most of the speakers were displaced or assimilated. Figure by Sgnpkd via Wikipedia, CC BY-SA 4.0

Societies throughout history have killed, displaced, and assimilated their neighbors using superior technology and deadly diseases. These power imbalances have often fallen along racial lines, giving rise to the belief that some races are innately superior to others. In Guns, Germs, and Steel, Jared Diamond rejects that explanation and presents his own: food production. Neolithic humans in some regions developed food production more easily due to geographical advantages and favorable native species. Food production led to high population density and surplus resources, which in turn led to technological innovation and political centralization. The rest is history.